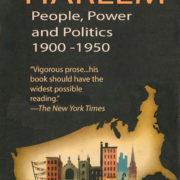 Mrs. R: The Story of Eleanor Roosevelt by Alfred Steinberg
Scroll to top