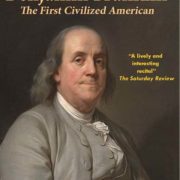 Bayard Rustin: Behind the Scenes of the Civil Rights Movement
Scroll to top