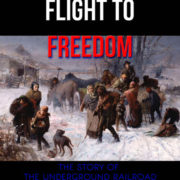 This is a story of almost unbelievable heroism and great daring, told with gusto and sincerity. It is told through the lives of courageous men and women—some of them known to us by name; most of them, unknown.

The Underground Railroad maneuvered the escape of Southern slaves to the North. It was carried on at first by a handful of people: Quakers, ministers, farmers, journalists, the escaped slaves themselves. The movement spread, and eventually the network extended from Georgia to Iowa, from Alabama to Canada.

The North Star was the slave’s hope . . . “keep on going north, and if you do not die, you will find freedom.” Going north meant careful planning, hairbreadth escapes at night, slow journeys through swamps and forests, careful disguises along open roads. It meant hunger, weariness, and dread. But the rewards of freedom from slavery were worth all the suffering.

Henrietta Buckmaster has told this little-known story against a background of the times.

But history is made by people. So Flight to Freedom is the story of people: Harriet Tubman, Levi Coffin, Wendell Phillips, Stephen Douglas, Abraham Lincoln, Frederick Douglass—and Harriet Beecher Stowe, whose vivid picture of slavery hastened the climax of a conflict that had been brewing since the first slaves were brought to these shores from Africa in chains.

It is a glorious story the author tells, a dramatic chapter in our history. It is a story that is not yet finished.

The Cossacks and The Raid by Leo Tolstoy with Maps

Last Flight from Singapore with Maps and Illustrations by Arthur G. Donahue
Scroll to top