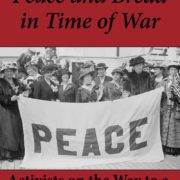 Helmet for My Pillow: From Parris Island to the Pacific by Robert Leckie (Free...

My Art, My Life, An Autobiography by Diego Rivera
Scroll to top