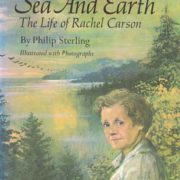 My Art, My Life, An Autobiography by Diego Rivera