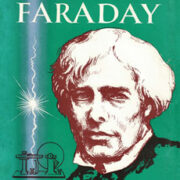 W.E.B. Du Bois: His Was the Voice by Emma Gelders Sterne (For Young Adults)
Scroll to top