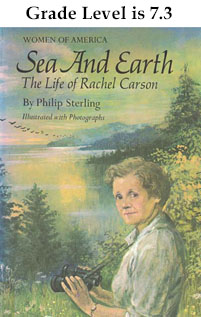 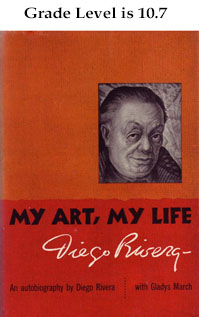 Diego Rivera stands among the titans of our century. A man of phenomenal energy, he not only transformed the art of his country, but helped to transform its social structure as well. In the course of his tempestuous career, he defied presidents, dictators, millionaires, and the arbiters of artistic fashion. Often forced into hiding or exile during his lifetime, he is now enshrined in the pantheon of his country. His activities brought him into personal relationships not only with the artistic and political leaders of Mexico but with the famous and powerful abroad.
Rivera revolutionized modern mural painting and was the principal figure in launching the “Mexican Renaissance,” which is now regarded as one of the great periods in the history of world art.
This was an artist who could not separate his work — always his chief devotion — from his life. Like the man himself, his autobiography is full of conflict and color: the battles which surrounded his murals in the Detroit Art Institute, Rockefeller Center, and the Hotel del Prado are recounted in detail and with fervor.
The absorbing story of this epochal man, drawn from his own words as dictated over a period of ten years to the American journalist, Gladys March, makes a book that is certain to become one of the classics of art literature. With a quality all its own, it contains something of the frankness of Benvenuto Cellini, the impassioned suffering of Van Gogh, and the social vision of Kathe Kollwitz. Illustrated with personal photographs as well as some of Diego Rivera’s greatest works, My Art, My Life will rank among the most important books of recent years.
GLADYS MARCH studied art at the Museum of Modern Art, the Metropolitan Museum of Art, the Frick Museum in New York, the Pitti Palace in Florence. the Louvre in Paris, and the Prado in Madrid. She has written columns and features on kings, movie stars, and celebrities from all walks of life. But until she met Diego Rivera in 1945, on a newspaper assignment to interview him, she had never felt the desire to write a hook about any one person. The initial interview led to a ten-year project, during which years the artist dictated his life story to her. Mrs. March’s work was checked by Diego Rivera from time to time up to a few months before his death in 1957. The finished manuscript was read and approved by Emma Hurtado Rivera, the artist’s widow. 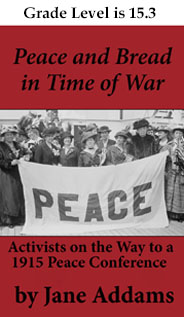