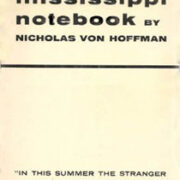 The Legend of John Brown: A Biography and a History by Richard Owen Boyer
Scroll to top