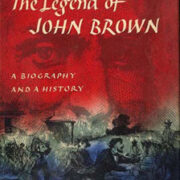 The Washington Post:
“In Boyer’s words, written with a brilliant blend of passion and objectivity, a vanished America comes alive again, the passions of the day boil anew, and we are made to understand how it was that a failed tanner, sheep raiser and wool dealer named John Brown became a man possessed.” More about John Brown from the Washington Post.

Franklin Roosevelt: The Early Years of the New Deal in America (Illustrated)...
Scroll to top