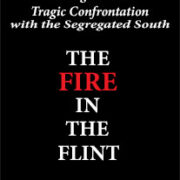 In this novel Kenneth Harper a southern born but northern trained African American physician returns from World War I to start a medical clinic and practice in southern Georgia.  He is flush from his good treatment by whites in the north and in Europe so he expects such treatment in the south.  His brother warns him but he soon learns that southern white treatment for “negroes” will not allow him to set up the clinic for all that he wants to.  The novel is the story of his slow downfall as he finds out that even sympathetic whites will not challenge the racism of their colleagues, runs afoul of the Ku Klux Klan, has his brother lynched and his sister raped by white men.  He ends being lynched himself while killing some whites in the process. The novel was published in 1924 and met with success. He tried unsuccessfully to have the novel turned into a play or movie.

As a member of the NAACP, Walter White investigated lynchings and worked to end segregation. He was the organization’s executive secretary from 1931 to 1955. White was also a significant figure in the Harlem Renaissance. His books included A Man Called White, and Flight, Rope and Faggot: A Biography of Judge Lynch.

The Cossacks and The Raid by Leo Tolstoy with Maps

Flight to Freedom: The Story of the Underground Railroad by Henrietta Buckm...
Scroll to top