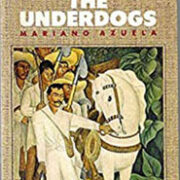 Pancho Villa: Strong Man of the Revolution by Larry Harris
Scroll to top