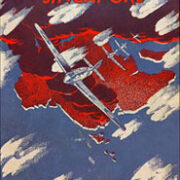 Flight to Freedom: The Story of the Underground Railroad by Henrietta Buckm...