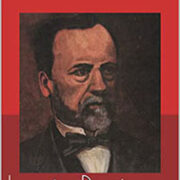 To read this ebook using Google Play Books on your tablet, or computer, or iBooks on an iPad, download this epub format.

Learn how Louis Pasteur discovered which microbes were beneficial and which were deadly to mankind.

His years of patient and exhaustive research on the germ theory of disease earned this tireless French chemist a place as one of the true IMMORTALS OF SCIENCE.

Perhaps Pasteur is best known for showing how harmful bacteria could be killed by holding them at a definite temperature for a certain length of time. Later this process acquired its discoverer’s name—pasteurization.

And Pasteur improved the practice of medicine in his day in a major way. It was his research that inspired the British surgeon Joseph Lister to demand that doctors keep germs out of surgeries. Post-surgery deaths from gangrene plummeted due to the work of Pasteur and Lister. Gangrene did not have to set in after surgery if doctors, instruments and bandages and beddings were germ free.

Pasteur was also instrumental in opening a breach in the fight against cholera, yellow fever, and diphtheria. This biography is written at a 10.3 grade level according to the Flesch-Kincaid readability scale available in Microsoft Word.

Pioneers of Freedom by McAlister Coleman
Scroll to top